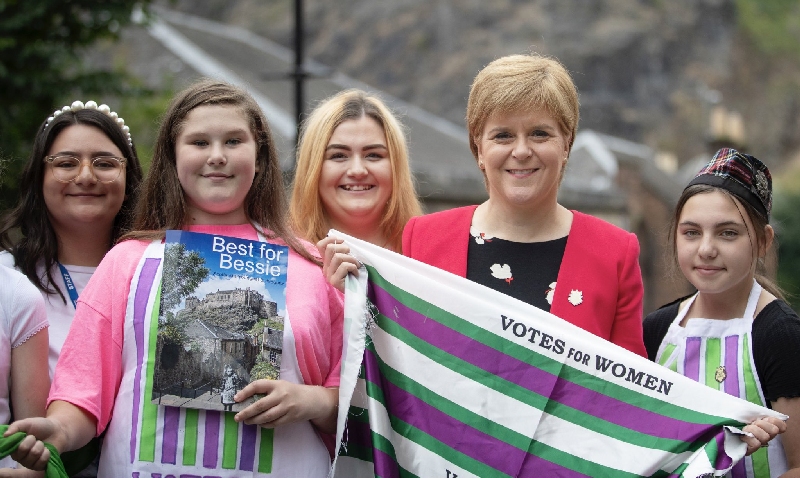 It appears the Scottish Parliament – the great and mighty engine of a proud nation’s democracy, with a declaration carved onto its very walls that it’s a place built for the people to peeble their representatives wi’ stanes should they displease them – is now such a fragile, cowering, timorous house of straw that polite middle-aged women are being ejected from its public galleries for wearing the wrong colour of scarves. 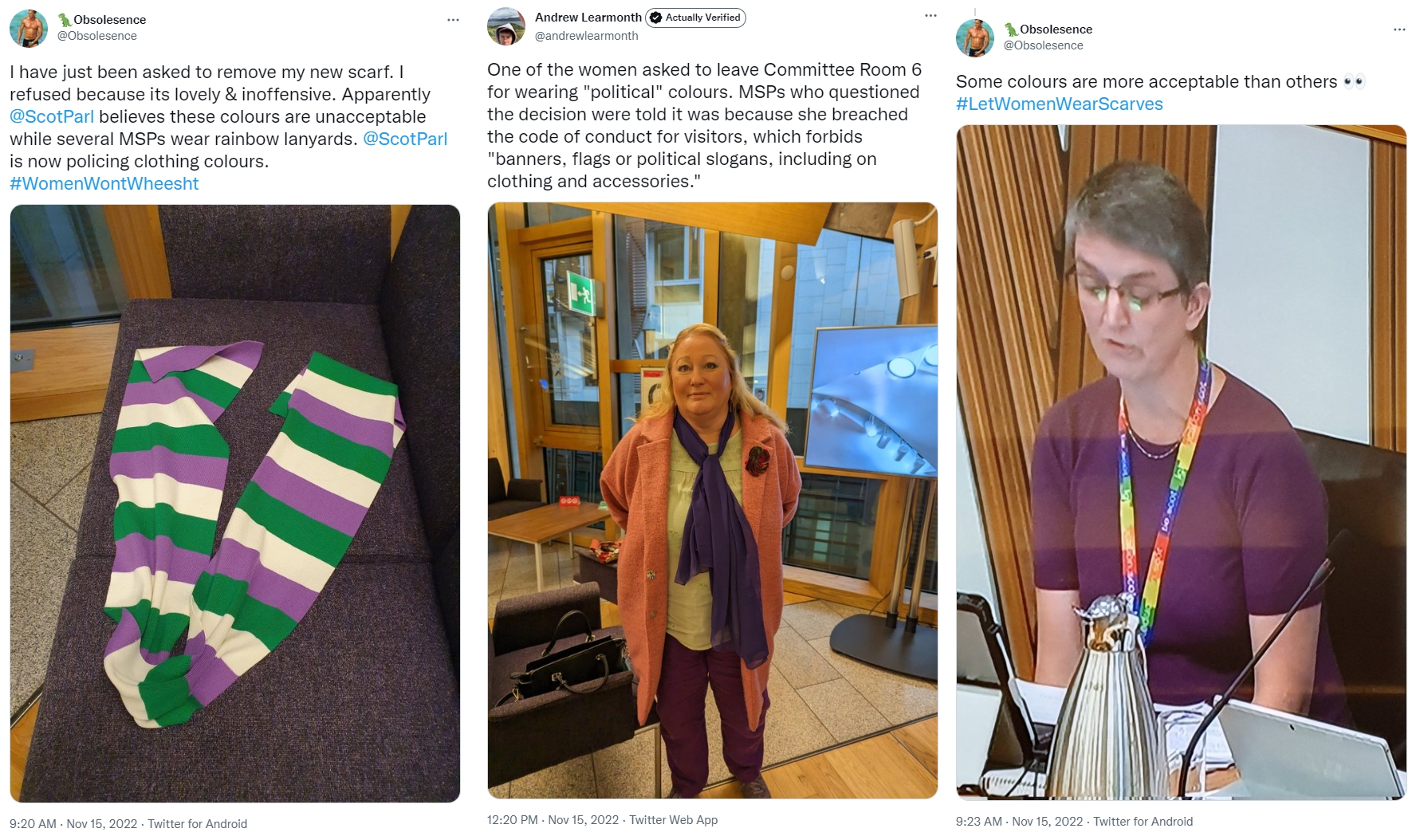 Although it’s apparently fine for the Parliament’s shameful excuses for lawmakers to use colours to openly display their own ideological allegiances to the other side.

We suppose we should be grateful nobody had any ribbons to hand, or a full-scale terrorist alert might have been declared, riot police deployed and martial law declared.

PS Those colours aren’t ALWAYS offensive in or around the Parliament, of course, as long as there’s some cheap, hypocritical Vichy-feminist virtue signalling to be done. 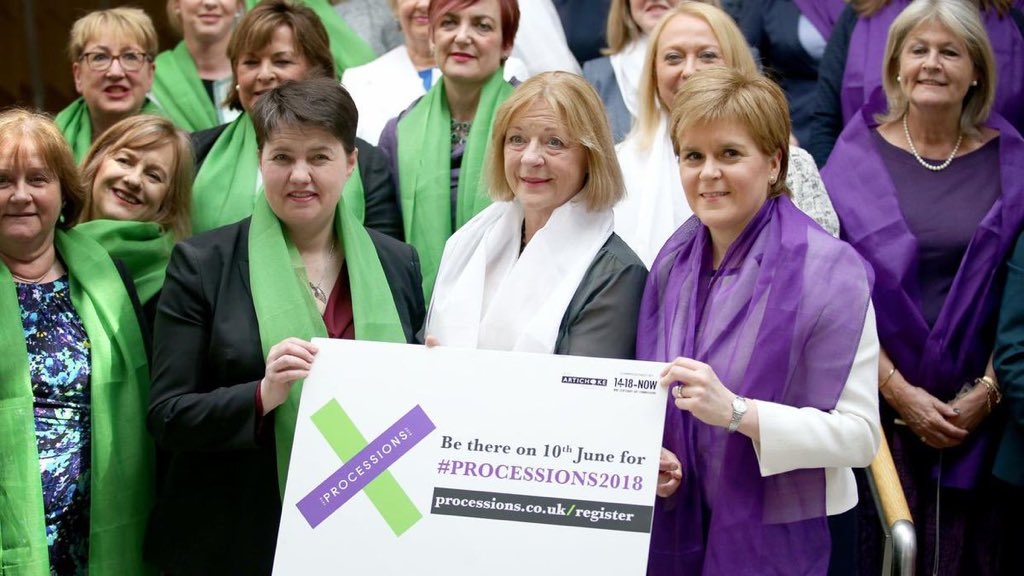 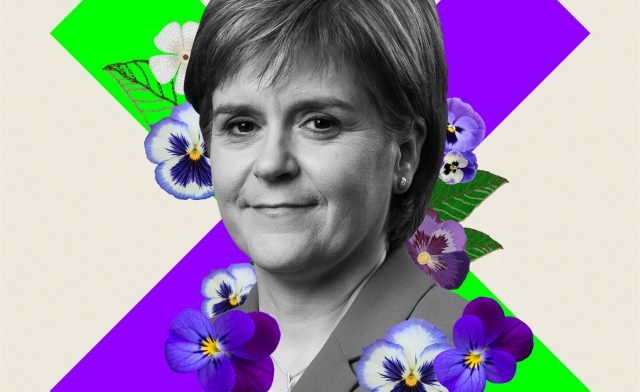 PPS While women were being frogmarched out for offensive scarves, here’s what Scotland’s parliament was doing in your name – making sure it was easy for rapists and child molesters to conceal their identities by changing their gender. 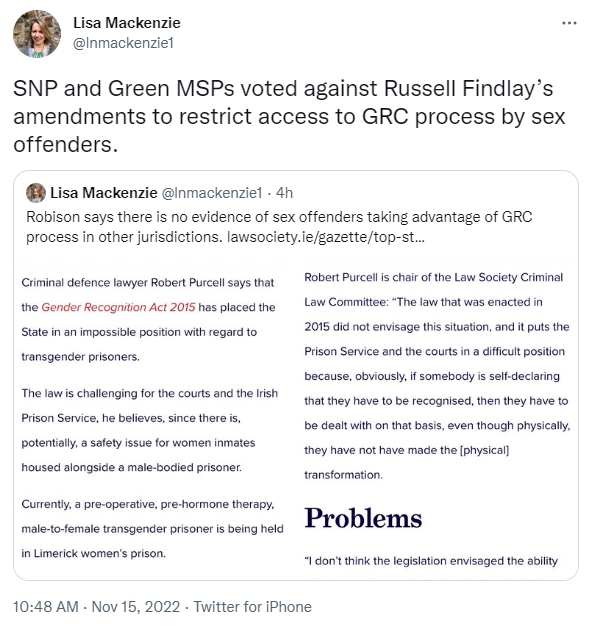 Trackback: trackback from your own site.